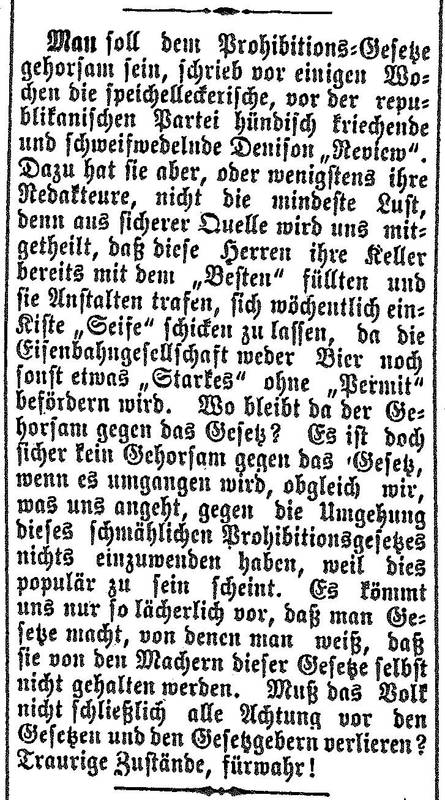 "Obey the prohibition laws!" wrote the lackey Denison Review a few weeks ago, cowering and wagging its tail like a dog before the Republican party. The newspaper itself, however, or at least its editors, hasn't the slightest desire to do so. We have been informed from reliable sources that these men have already filled their cellars with the best stuff and have made arrangements to send themselves a case of soap every week, since the railroad company will transport neither beer nor anything strong without a permit. Whatever happened to following the law? It's certainly not following the law when one works to circumvent it, even if we, for our part, have no objections to circumventing this shameful Prohibition act, since this seems to be the popular thing to do. It just seems so ridiculous to us to create laws that one knows will not be followed by the very persons who created them. Mustn't the people in the end lose all respect for laws and legislators? Sad circumstances, indeed!